Apprentice of the year finalist

Home/News/Apprentice of the year finalist
Previous Next

Apprentice of the year finalist

Majorlift are very pleased to announce that their apprentice, Ryan Cox has reached the last four in the national Apprentice of the Year Awards in the highly competitive Engineering and Construction category.

To find out if he is the overall winner, Ryan will be attending the Group Training Association (GTA) England Annual Conference, on 21st October 2015 at the Institution of Mechanical Engineering in Bird Cage Walk, London. Here, the winner will be announced and the award presented by Nick Boles MP, Minister of State for Skills and Equalities. Not that it would be the first time the pair have met – our pictures shows Ryan and Nick with Luke Hall, MP for Thornbury, when the pair visited Majorlift’s factory in February to talk about apprentice training in engineering.

Ryan, 20, from Wotton-under-Edge, is starting his third year of an HNC as an apprentice in mechanical engineering. He is sponsored and employed full time by Majorlift, but attends Gloucestershire Engineering Training (GET) in Barnwood, one day per week, as part of his technical training. In addition, there are regular in-work assessments carried out by his GET supervisor to make sure he is progressing and covering the course syllabus.

Tristram Southgate, Majorlift’s Managing Director, said “we are obviously very proud that Ryan’s talents has been recognised in this way, but we already knew he was an outstanding apprentice. He’s demonstrated a real ability for machining and even came back after his first year of training with a letter of thanks from GET. He has a very bright future ahead of him and, if he is selected for the award, it can only help him”.

It is also a massive endorsement of Majorlift’s apprentice programme, of which Ryan is the first student to be trained. Majorlift is privately owned by the Abel Smith family and the chairman, David Abel Smith, was himself trained as an apprentice on Teeside, before a successful career in industry and the city. David said “I know personally how useful and important apprenticeship are and I am determined that Majorlift will play its part in training the next generation of engineers to help fill a rapidly approaching skills gap”.

Majorlift manufacture a complete range of hydraulic lifting products for the servicing of cars and commercial vehicles and are now diversifying into aerospace, rail and agricultural equipment too. For further information, or to apply for an apprenticeship, please contact info@majorlift.com or visit www.majorlift.com. 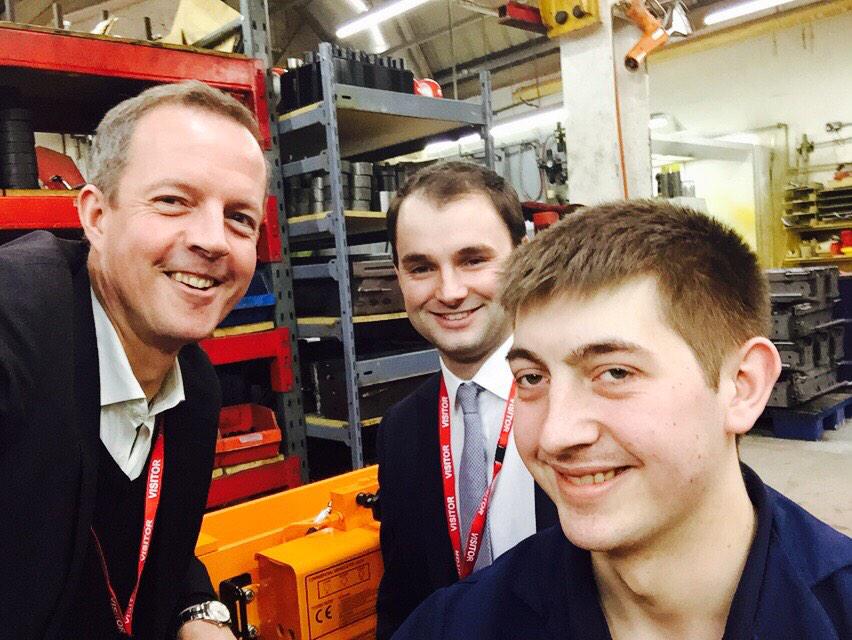