Ashley Pugh has passed out as a retained fire fighter with Gloucester Fire & Rescue after five weeks of training. Ashley, who works in Majorlift’s machine shop as a CNC machine tool operator, was released by Majorlift for the training in three blocks over two months. Having successfully completed his training, Ashley is now on call for the Stroud Fire Station and has already been out on some “shouts”. All of this is done outside his working hours as he is a keen and committed member of Majorlift’s production team.

“Lots of my family are already in the fire service and I was trained in Cheltenham where my uncle works. We learned a lot of useful skills, including how to safely use the breathing apparatus and it has long been an ambition of mine to join”

Tristram Southgate, Majorlift’s MD added “We are really proud of Ashley’s achievement. It is good to see team members developing their skills, inside and outside work, and we are especially keen to be supporting the Fire Service by releasing Ashley. Of course, we can also make use of his new skills to improve fire safety at work, so everybody wins” 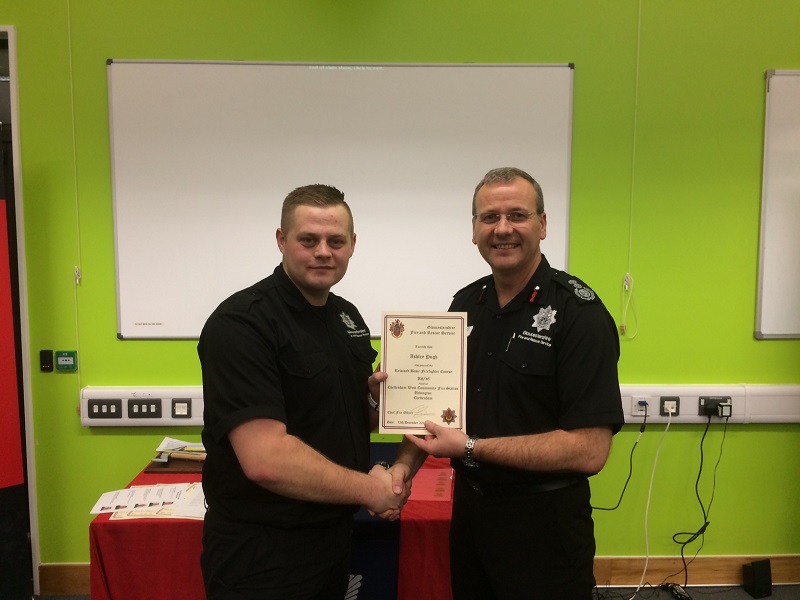